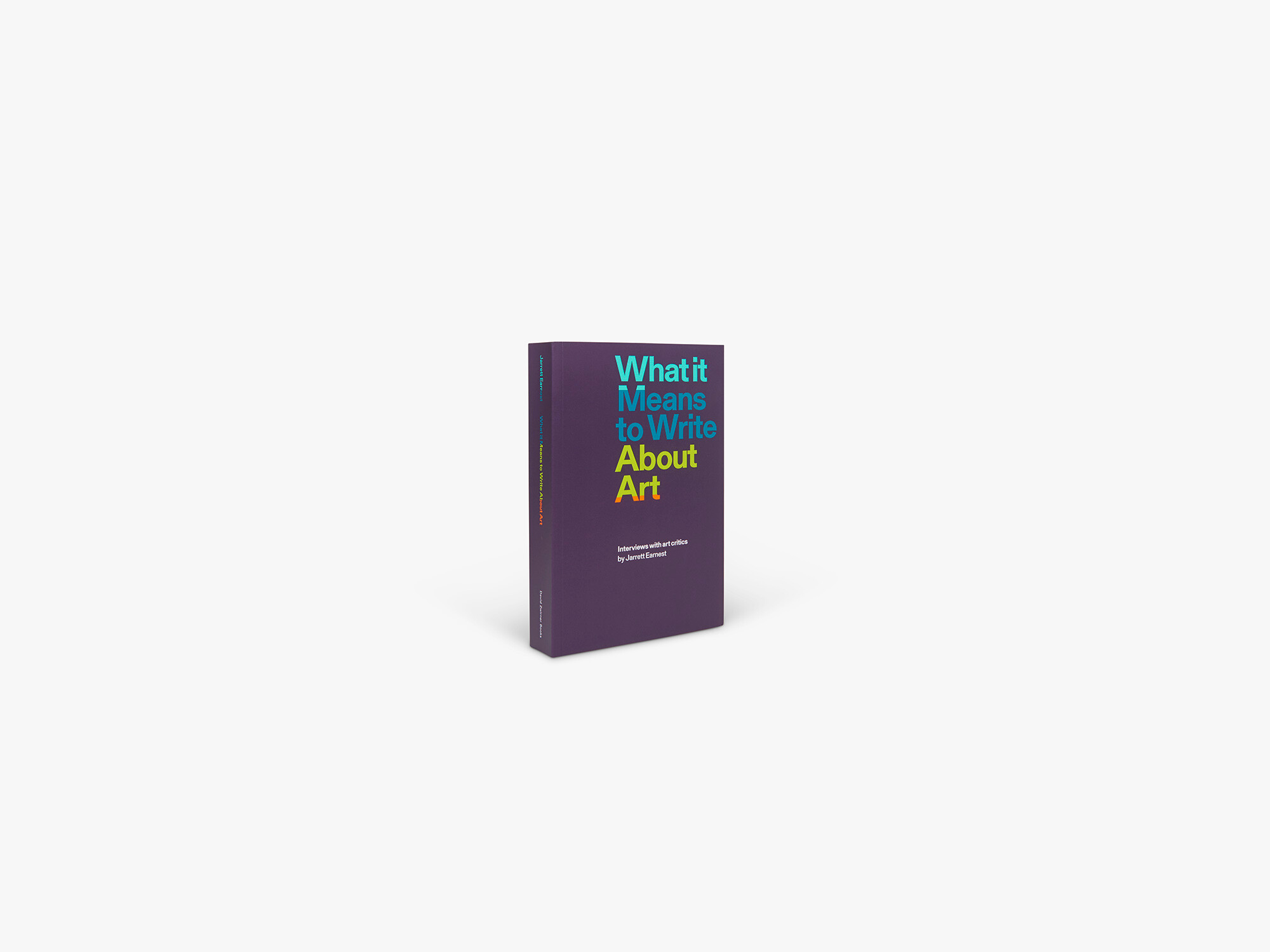 "The marvelous compendium What It Means to Write About Art: Interviews with Art Critics by Jarrett Earnest (David Zwirner Books, 2018) presents 30 very lively personalities. We learn how much the art world has changed in the past 50 years, why people become art critics, and how these critics understand contemporary art.

Barbara Rose describes her life in the 1960s with Frank Stella and Michael Fried, Lucy Lippard talks about her relationship with Eva Hesse, and Fried tells of supporting himself in London by writing a column for Arts Magazine for 75 dollars a month.

The role of the critic has changed dramatically. Artists, collectors, curators, and dealers are all needed for the system to function. But the role of critics is up for grabs. Partly the problem is that writing criticism has never been well paid. And gentrification has made the traditional role of an independent intellectual all but impossible."

Read the full review in Hyperallergic

On Thursday, November 1, at 7:30 PM, Jarrett Earnest will be in conversation with Peter Schjeldahl and Paul Chaat Smith at the Strand book store in New York.

Image: What It Means To Write About Art: Interviews with art critics. Photo by Kyle Knodell

Newsflash
"Is this the most beautiful show of the year?"

Newsflash
“Mississippi Freedom Marcher, Washington, D.C., 1963 has the weight of a monument."

Newsflash
"When he asks a question, one becomes aware of the difference between feigning knowledge and being knowledgeable."