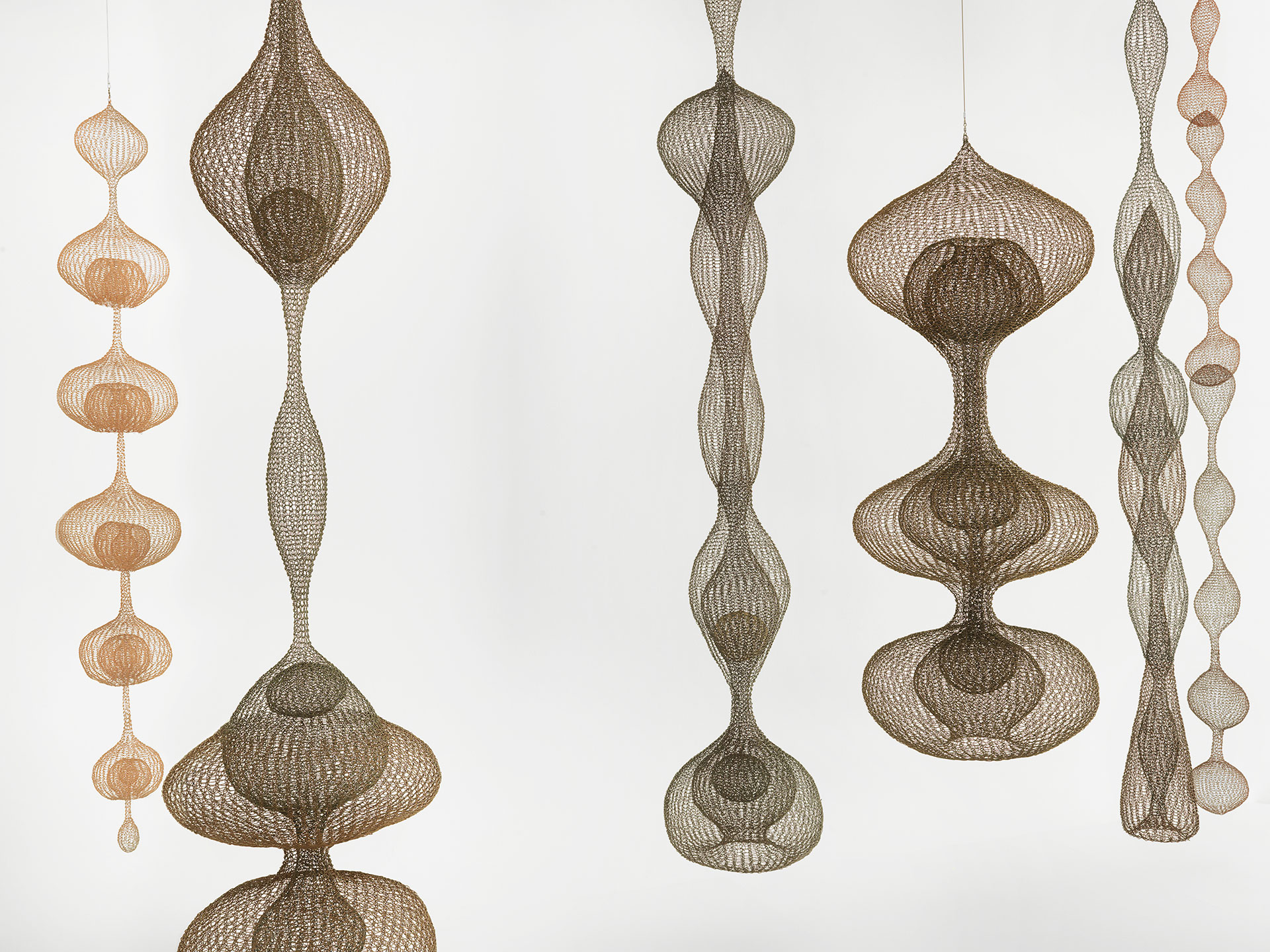 "Is this the most beautiful show of the year?"

“The year’s most beautiful exhibition—yes, it’s September, but I’m willing to make the call now—is a survey of suspended hanging sculptures and works on paper by Ruth Asawa at the Pulitzer Arts Foundation. I write this less than an hour after leaving ‘Ruth Asawa: Life’s Work,’ so forgive me if I sound effusive. But I wager you wouldn’t demur. Out in the haze and heat shimmer of late-summer St. Louis, my body still hums with an unfamiliar sensation—of weightlessness, transparency and an almost rude elegance.

Asawa’s sculptures are intricate, organic-seeming things, made from crocheted copper, brass, galvanized steel and iron wire. They have an aura of casual prowess and the concision of crunched-down equations describing the curves of water droplets or summer weeds shooting skyward in spirals. You don’t expect sculpture to function as a visual correlative to swimming in air. Asawa found a way and, in so doing, found her voice.”

Ruth Asawa: Life's Work is on view at the Pulitzer Arts Foundation in St. Louis through February 16, 2019. The David Zwirner Viewing Room currently features a selection of prints by the artist.