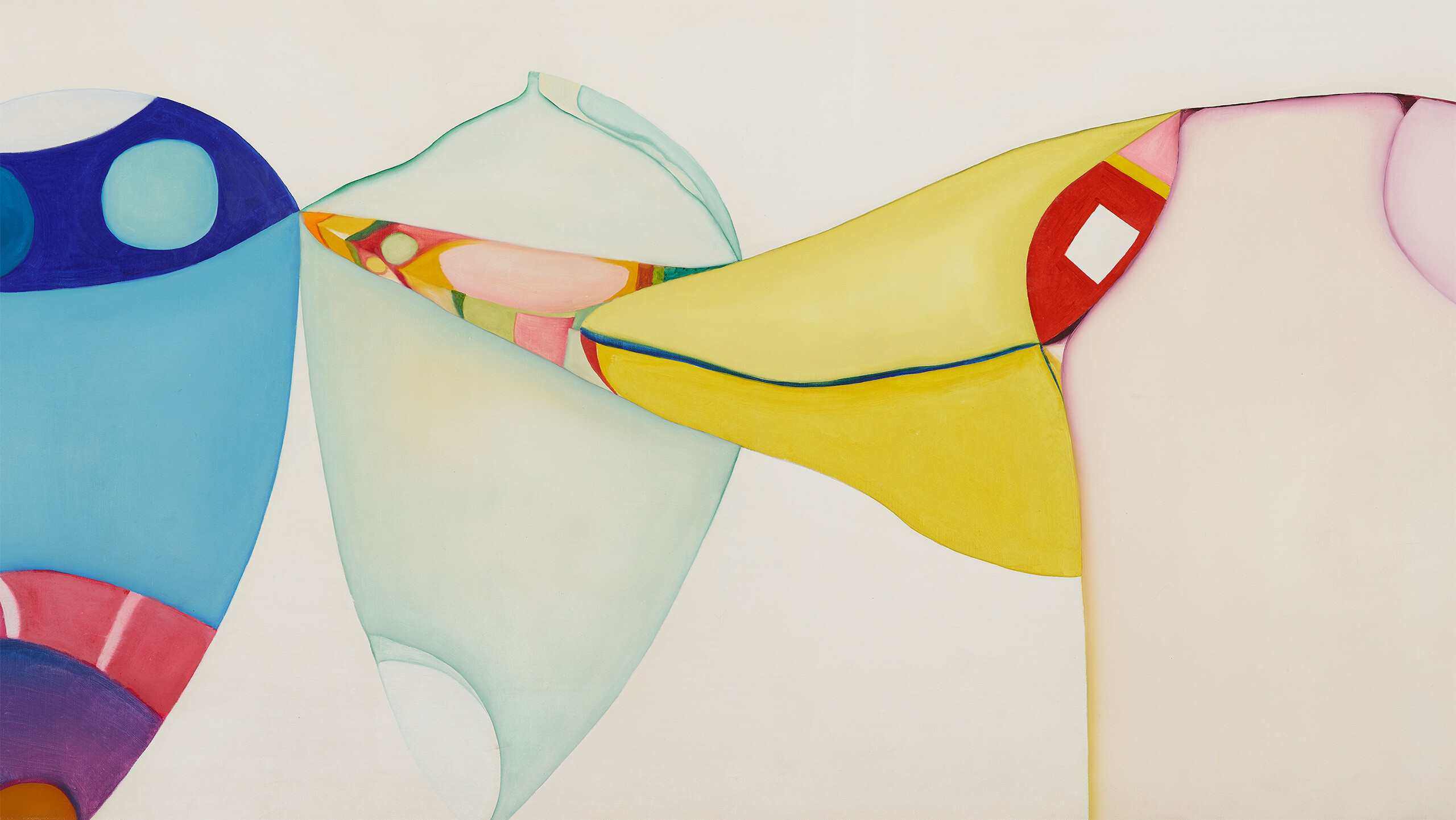 David Zwirner is pleased to present Vessels, a group exhibition at the gallery’s London location featuring works by artists from both generationally and geographically diverse backgrounds. Working in a variety of media, these artists engage in different ways with the idea that the living body is a vessel—one that contains a life force or a spirit, but one that is also subjected to social, political, and cultural constructs.

The exhibition is organised around three themes: Earthen Vessels, Cyborg Vessels, and Psychological Vessels. Drawing on a wide range of ideas, from spirituality to folklore, from sexuality to psychology, the works presented explore the limits of the human experience in their depictions of bodies as lived vessels as well as the issues at stake when the body is signified as a vessel. Across all of these categories, there are slippages where the works become sites in which the human experience has taken place but also onto which social and cultural ideas are projected.

A number of the works on view can be considered Earthen Vessels, which embody a dialogue between the inside and outside. Through their use of organic materials, artists such as Ruth Asawa, Shio Kusaka, Magdalene Odundo, Mrinalini Mukherjee, and Seyni Awa Camara explore in their forms the dichotomy between function and shape as well as solid and empty, with the architectonic structure of the vessel often evoking a spiritual resonance.

These works transform the materials of the earth into corporal vessels that seem to possess anima, conjuring forth a wide range of allusions. Through her biomorphic knotted forms made of jute and hemp fibres, Mukherjee’s semi-abstract sculptural compositions marry traditional Indian sculpture, folk art, and modern art and design, while the multiple human figures of Camara’s totemic terracotta sculptures explore themes of motherhood, spirituality, and community. Asawa’s wire sculptures challenge conventional notions of material and form through their emphasis on lightness and transparency, and in her playful and open approach to the ceramic medium, Kusaka crafts vessels and figures that are both functional and abstract. The sophisticated bodily shapes suggested in Odundo’s pots mirror the flexibility of the human body through their pliable materiality and gently curving forms.

Cyborg Vessels—as represented by the work of Tiona Nekkia McClodden, Geumhyung Jeong, Pamela Rosenkranz, and Berenice Olmedo—hint at the presence of a human form. These artists subvert that very presence through the use of a technical, mechanical, or robotic gesture, which often reads as a defect or ‘glitch.’ What then appears are remnants of different realities and temporalities. In her 2020 book Glitch Feminism, curator Legacy Russell refers to the glitch as a structural failure, one that represses viewpoints outside of the dominant culture, but through which a new space can be opened up, and thus a site of potential that allows us to reinvent our humanity apart from traditional notions of race, gender, and sexuality.

Through stirring performances and installations, Jeong examines the relationship between herself and her handmade robots as well as notions of interdependency between the human and the machine. In contrast, Olmedo presents orthotic devices and prostheses as surrogates in her sculptural installations, challenging conceptions of the idealised human form. For her paintings, Rosenkranz uses emergency blankets, an object of protection, comfort, and safety, which wrinkle and buckle like sagging skin under the weight of acrylic paint. McClodden, who works at the intersection of memory and material culture, employs objects with great personal significance to herself and her body—including leather belts, inspired in part by photographer Alvin Baltrop’s use of a modified construction belt to suspend himself from the rafters in order to capture some of his iconic images of New York City’s West Side piers—to embody her biomythography.

Psychological Vessels bring into question the presence of consciousness, an experience explored in the work of Marlene Dumas, Maria Lassnig, Andra Ursuţa, Portia Zvavahera, Huguette Caland, and Alice Neel. These artists in different ways explore the limits of the body as a life-containing vessel, the physical presence of the body in a dreamscape, or the mental perception of feelings or even expressions.

In her paintings, Zvavahera gives form to emotions that manifest from other realms and dimensions beyond the domains of everyday life and thought. Also working on canvas, Lassnig dedicated herself to the visual exploration of human emotions throughout her oeuvre, painting to capture the body not as it appeared, but as it felt, a practice which she termed Körpergefühl or ‘body awareness.’ Similarly, Ursuţa merges traditional sculptural processes and new technologies to transform commonplace objects and materials into viscerally evocative sculptures and installations that give new, redemptive form to subjective experience.

Meanwhile, Caland’s paintings, ink drawings, textiles, and sculptures foreground the body—especially the female form—to celebrate desire and human relationships. Dumas’s work, which is gestural, fluid, frequently spectral, and deeply political, reframes and re-contextualizes her subjects, exploring the ambiguous and shifting boundaries between public and private selves. Neel, who painted unflinchingly honest portraits from sitters as well as depictions of her memories of people and places, saw herself as a ‘collector of souls’ and her work, which encapsulated the lived experiences, personalities, and memories of her sitters, not as portraiture, but as ‘pictures of people.’

Tree of Knowledge will be on view at David Zwirner's London gallery from March 2–April 2, 2022

The artist will present "The Nature of the Game"