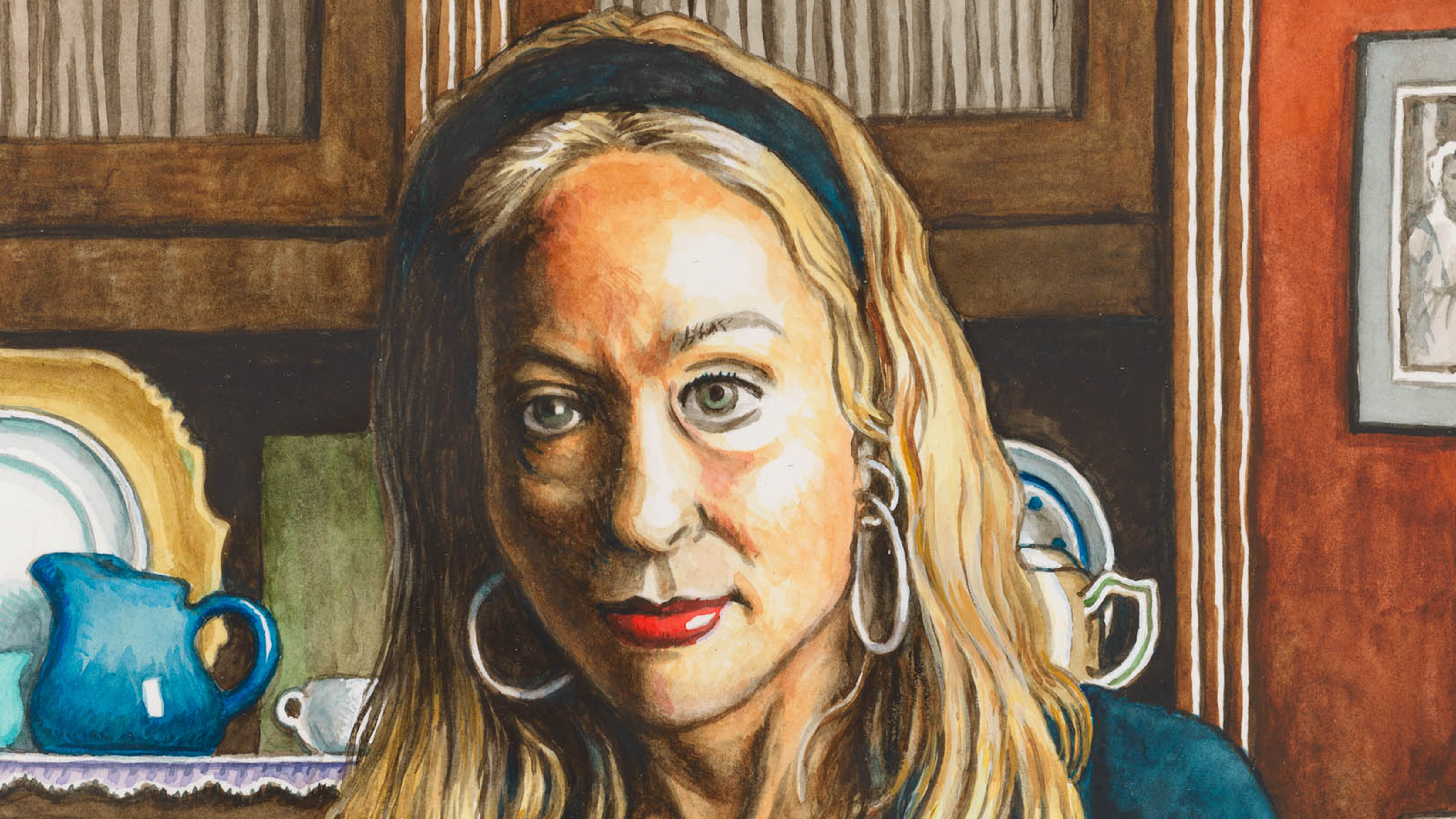 We are deeply saddened to share that artist Aline Kominsky-Crumb passed away Wednesday, November 30, in the south of France.

Since 1971, Kominsky-Crumb, wife and mother of artists R. Crumb and Sophie Crumb, respectively, had been a pioneering figure in the world of comics, well-known for her confessional mode of storytelling and expressionist-inspired drawing style. She was one of the first contributors to the all-female anthology Wimmen’s Comix in 1971; cofounded the seminal comics series Twisted Sisters in 1976; and, in the 1980s, served as editor for the influential alternative comics anthology Weirdo. Her work has been published in Artforum, The New York Times, The New Yorker, and many other magazines, and has been exhibited in numerous museums.

She was born Aline Goldsmith in Long Island, New York, in 1948. By the time they met in 1971, Aline and R. Crumb had each already established themselves at the forefront of the underground comics scene. Since then, the two artists have maintained their own distinctive practices while also frequently collaborating on projects such as Aline and Bob’s Dirty Laundry Comics (1974) and, more recently, Bad Diet & Bad Hair Destroy Human Civilization (2020).

Since 1991, the Crumbs, while icons of the American counterculture, have lived in and around a small town in the south of France, much of that time with their daughter Sophie, who was born in 1981 and currently lives nearby with her own family.

In February 2022, we presented Sauve qui peut ! (Run for Your Life), the first major group exhibition of all three artists in the family since 2007, at our Paris gallery. The show included many collaborative works and a new zine, jointly created by the Crumbs. To mark the occasion, Aline reflected on her life and work in Artforum, remarking, “I have stayed out of the mainstream my entire life, partially because the work itself determines that it’s not mainstream work… Now, my work is taught at Harvard and women have written PhDs on my work, which really amazes me. So it’s full circle, if you hang in long enough. And I guess if your work is meaningful, eventually it’s recognized by the establishment. On one hand, you can be a contrarian and say “no” to everything… But on the other hand, if you say “yes,” more people will read your work, and that’s why you do it: to communicate.”