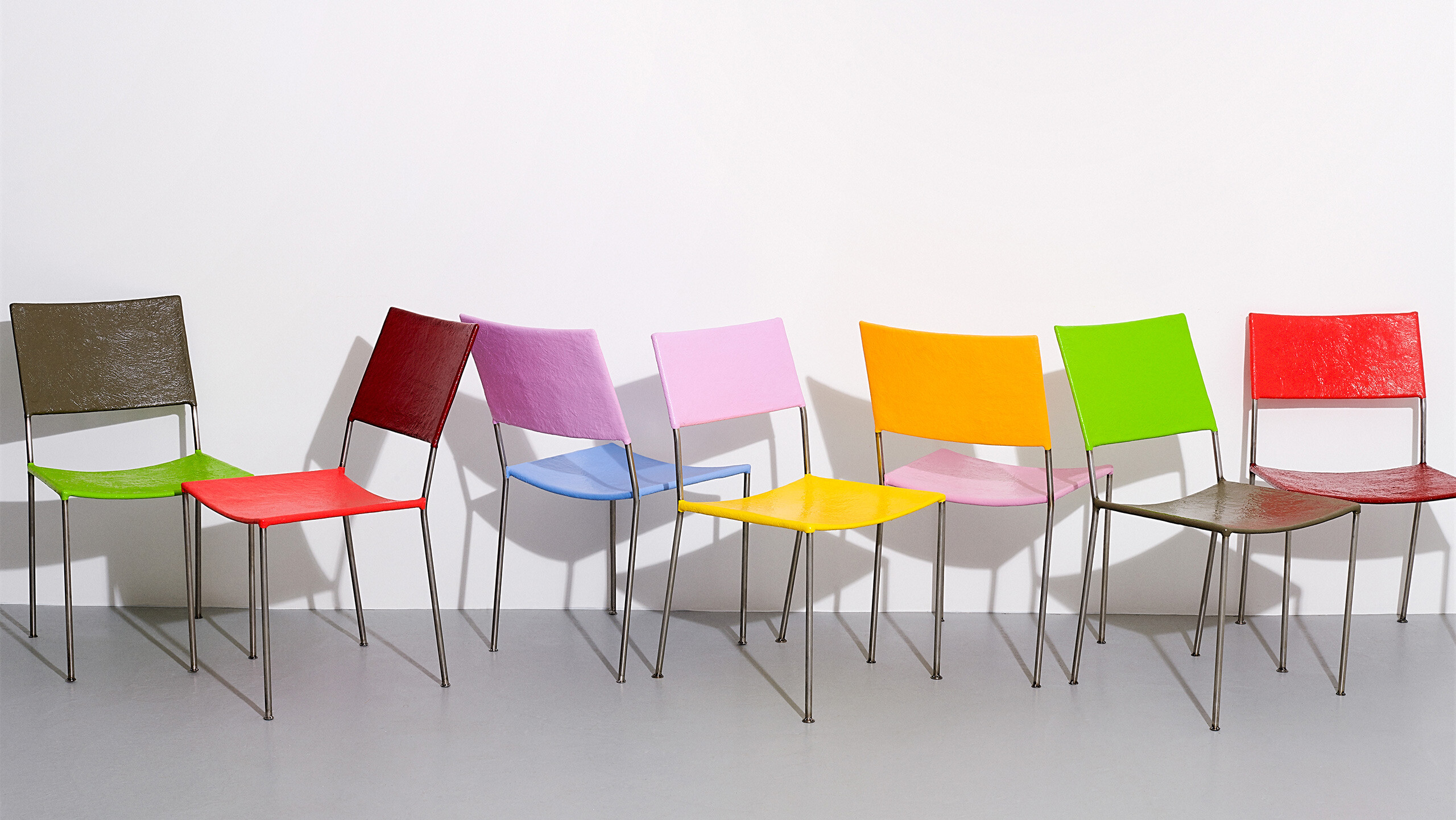 On the occasion of Paris Design Week, David Zwirner will present a selection of furniture by Franz West. On view at the gallery at 108, rue Vieille du Temple from September 7–17, 2022, will be examples of the artist’s inventive seating, including his Künstlerstühle, chairs painted in lurid hues of pink, red, yellow, blue, and green; as well as divans, club chairs, and poufs.

For West, art was a social experience. Starting with his signature Passstücke, or Adaptives, in the 1970s, the Austrian-born artist made sculptures that were meant to be handled and “adapted” by the audience. His furniture works, which he began creating in the early 1980s, only took this intention further. Furniture became an extensive part of his practice by the latter half of the decade—in his mind, these sculptural works were “Adaptives for the human body at rest.”