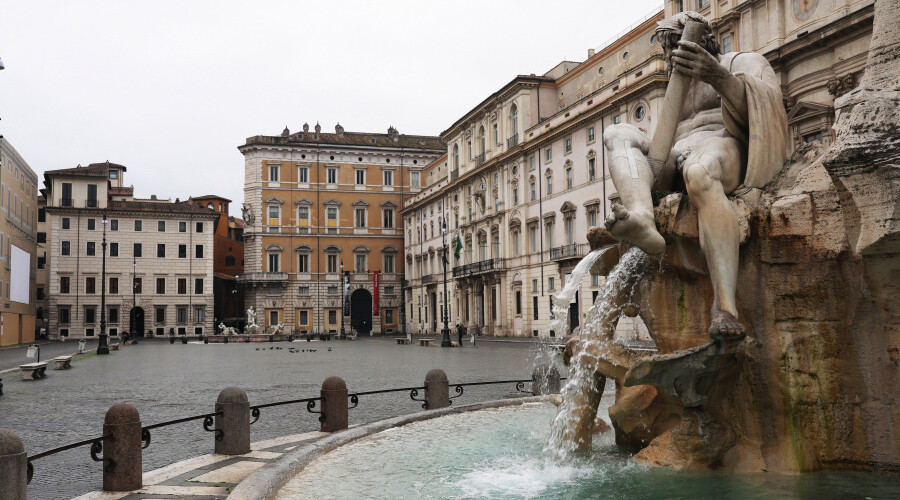 To be updated on upcoming events, exhibitions, and other news, sign up for our newsletter here and follow us @davidzwirner.

In January 2021, McNally Jackson and David Zwirner Books hosted a conversation between Cynthia Zarin, author of Two Cities, and the writer Michael Cunningham.

Two Cities is Zarin's deeply personal meditation on Venice and Rome—each a work of art, both a monument to the past—and on how love and loss shape places and spaces.

Here we encounter a writer deeply engaged with narrative in situ—a traveler moving through beloved streets, sometimes accompanied, sometimes solo. With her, we see, anew, the Venice Biennale, the Lagoon, and San Michele, the island of the dead; the Piazza di Spagna, the Tiber, the view from the Gianicolo; the pigeons at San Marco and the parrots in the Doria Pamphili. As a poet first and foremost, Zarin’s attention to the smallest details, the loveliest gesture, brings Venice and Rome vividly to life for the reader.

The sixteenth book in the expanding, renowned ekphrasis series, Two Cities creates space for these two historic cities to become characters themselves, their relationship to the writer as real as any love affair.

Cynthia Zarin is the author of five books of poetry, most recently, Orbit (2017), as well as five books for children and a collection of essays, An Enlarged Heart: A Personal History (2013). Her honors and awards include a Guggenheim Fellowship for Literature, the Ingram Merrill Award, and the Los Angeles Times Book Prize for Poetry. A longtime contributor to the New Yorker, Zarin teaches at Yale University.

Michael Cunningham is the author of the novels A Home at the End of the World (1990), Flesh and Blood (1995), The Hours (1998), By Nightfall (2010), and The Snow Queen (2014), as well as a short story collection, A Wild Swan and Other Tales (2015), all published by Farrar Straus & Giroux. The Hours won the 1999 Pulitzer Prize and PEN Faulkner Award, and was nominated for the National Book Critics Circle Award. Cunningham’s fiction and non-fiction have appeared in the New Yorker, The New York Times, the Atlantic Monthly, and the Paris Review, among other publications. A recipient of National Endowment for the Arts, Guggenheim, and Whiting Foundation fellowships, he is a Senior Lecturer in English at Yale University.

Buy Now
Read Now
The Revelations of an Unlikely Pairing

Artists in the News

“Live for a while in these books.’’