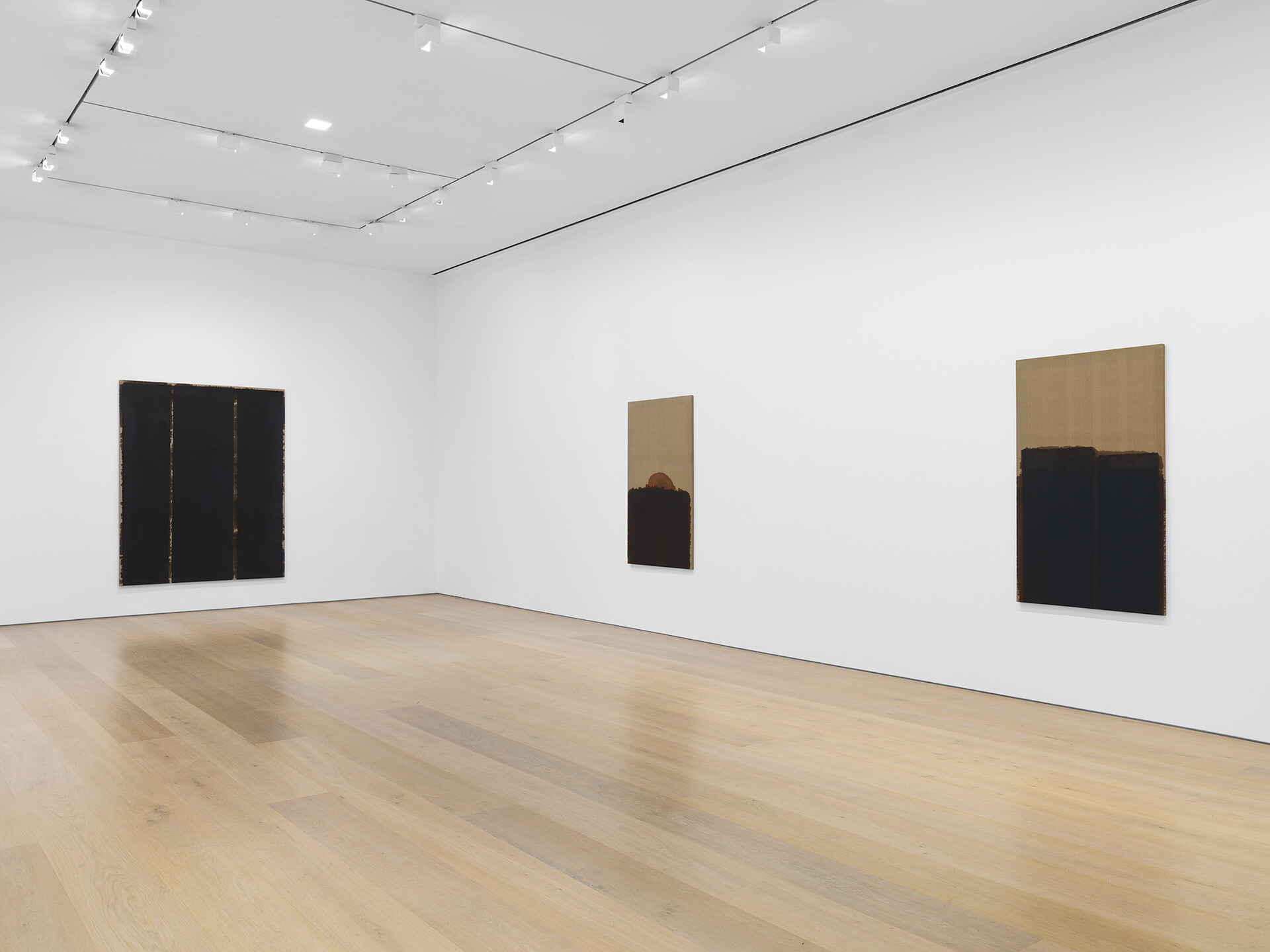 “Since I saw some of them at David Zwirner last week, I’ve been struggling to understand why Yun Hyong-keun’s paintings from the late 1980s and early ’90s are so enthralling…. There’s the color, of course. Ultramarine and burnt umber combine into a distinctly sweet and mysterious black. You register both tones at once but can’t distinguish them. This feels like a spiritual experience—it pits an intuitive certainty against the inadequacy of your own conscious perceptions. Then there’s the confidence of those smoky but unmistakable edges with their occasional halos of brownish static. Set against the densely textured raw linen Yun painted on, these assertive lines are another appealing certainty, one unshaken by emptiness all around them. But in the end, I think what fascinates me is the way that every black rectangle, whether tall and narrow or one of several, echoes the shape of the canvas it’s painted on. It makes them into paintings within paintings, or like shadows peeled up off the ground and reattached to the objects that cast them.”

Read the full review in The New York Times