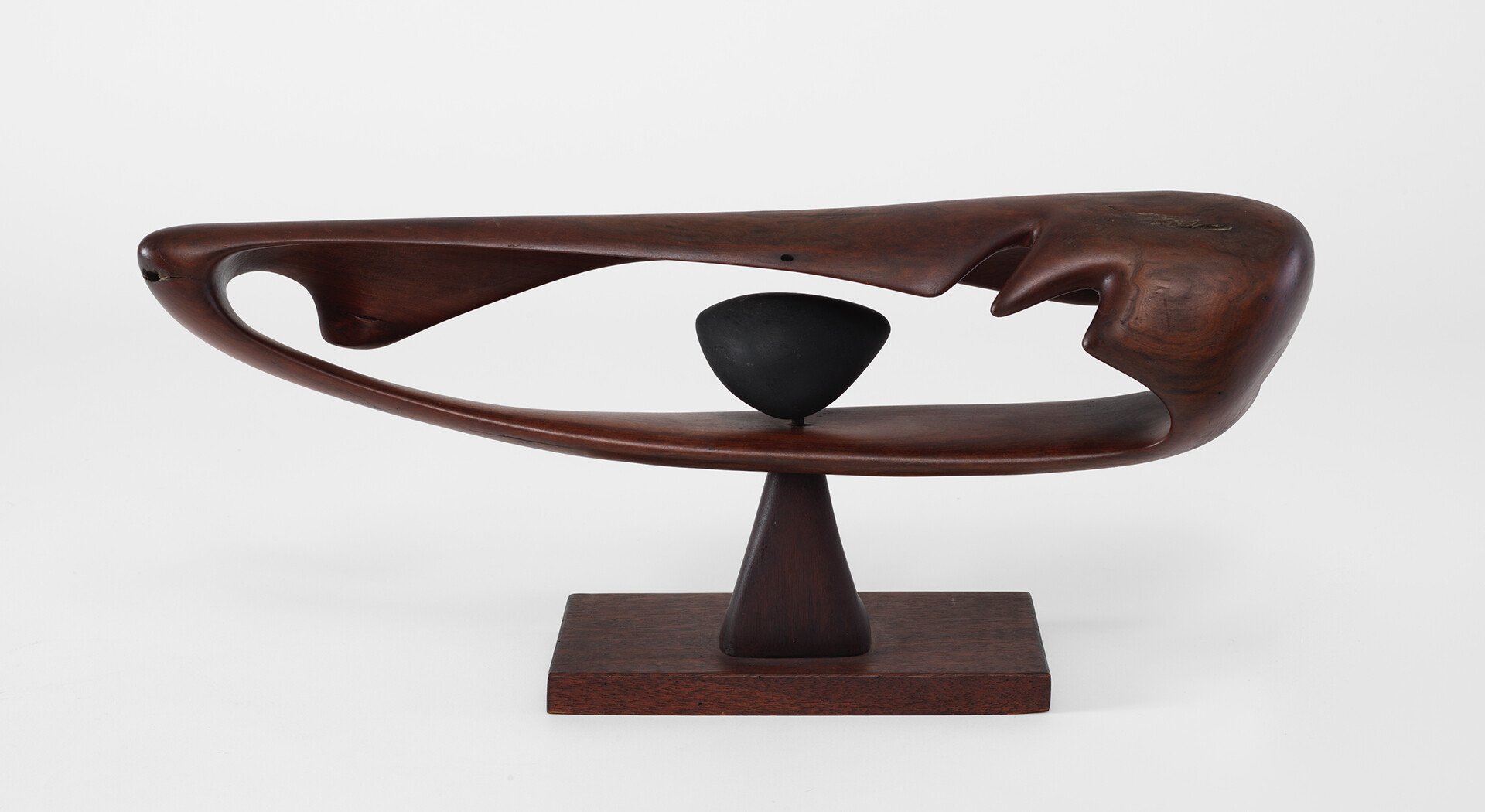 “[Leo] Amino, who used the industrial material polyester, otherwise known as a form of plastic resin, in the 1940s (long before more well-known artists such as Eva Hesse, DeWain Valentine and Peter Alexander), is the subject of a posthumous rediscovery. As a person of Asian descent, Amino appears to have been largely left out of the abstract canon, despite being hailed as an important artist during his lifetime. Born in 1911 in Taiwan, the son of an ikebana artist and calligrapher, Amino later emigrated to the United States, eventually finding his way to New York City, where in 1937 he studied direct-carve techniques under the sculptor Chaim Gross at the American Artists School.... His grandson, the poet Genji Amino, is the Zwirner show’s curator; he has extensively researched Amino’s life and work and wants to ask — as today’s art world considers notions of diversity and inclusion — what, exactly, “are the optics that render these artists [such as Amino] invisible, and what is it that we need to learn to see?”

Leo Amino: The Visible and the Invisible

An Initiative from Wolfgang Tillmans’s foundation Between Bridges