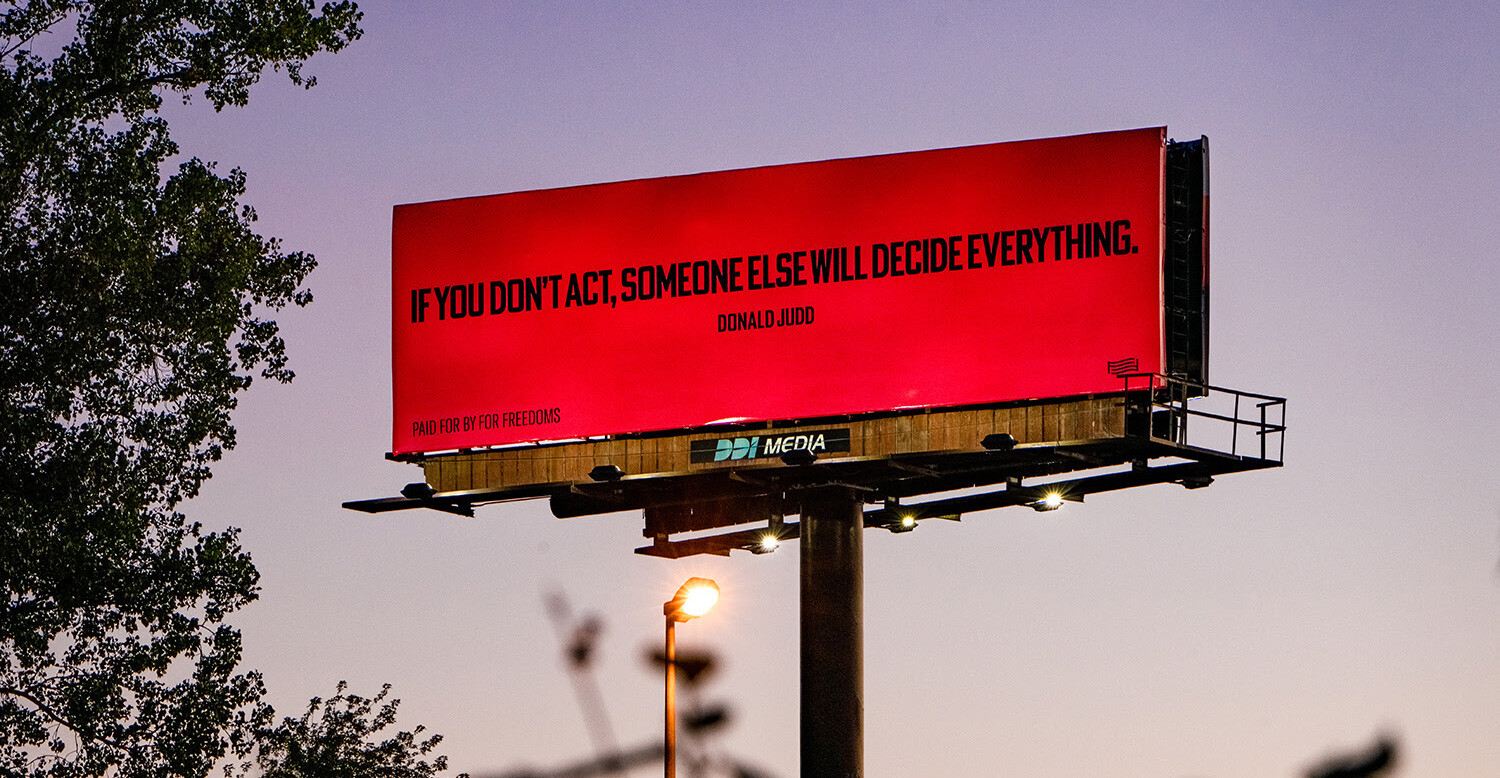 In 1970 Artforum asked a number of artists to respond to the following question: “What is your position regarding the kinds of political action that should be taken by artists?’’ Donald Judd’s statement includes one of his most powerful political remarks: “If you don’t act, someone else will decide everything.’’

Judd Foundation has partnered with For Freedoms as part of their 2020 Awakening with a billboard featuring this statement by Judd in his home state of Missouri. Installed off of I-70 in St. Louis, Missouri, the billboard is on view through Election Day. Being wide awake in 2020, For Freedoms practices and values compassion, critical thinking, imagination and accountability. They accept that we as a society cannot go backwards, and understand that change starts with individuals connected to one another.

Throughout the 1980s and 1990s, Judd would continue his efforts as an engaged citizen through donations of work to organizations such as Art for a Nuclear Weapons Freeze and Art Against Aids. In 1992, Judd joined the Alert Citizens for Environmental Safety, which successfully forced the relocation of a nuclear waste facility in Sierra Blanca, an area not far from Marfa, Texas. Judd was also a vocal opponent of American military aggression in the Middle East and continued to remain politically active until his death in 1994.