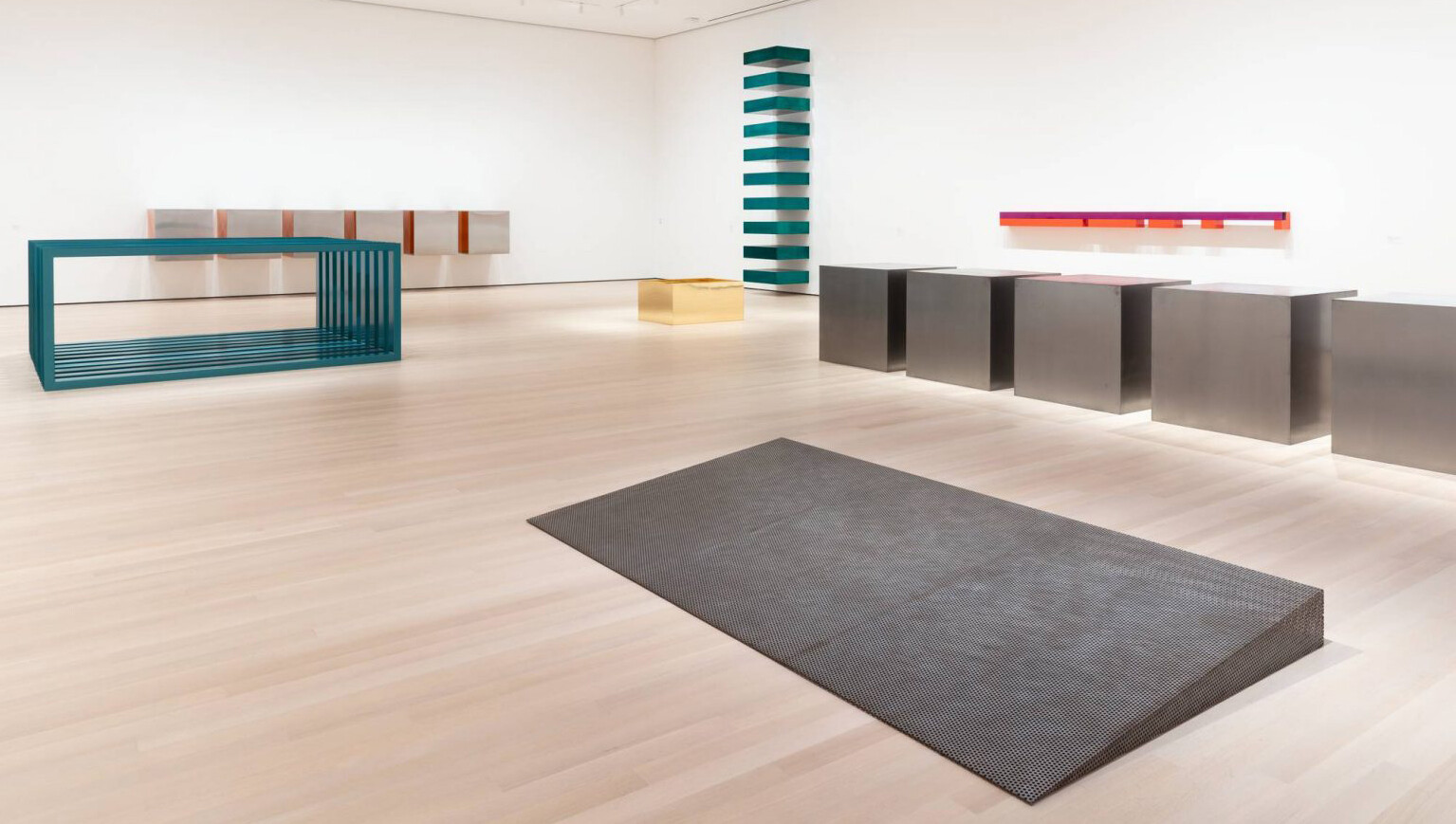 Self-Consciousness from the Minimalists to the Present

“In 1967, a budding art critic and PhD student named Michael Fried published the essay in Artforum that would make him famous. “Art and Objecthood” was on the surface a piece that took aim at the Minimalists, then a group of up-and-coming artists led by Donald Judd. But embedded in the critique was a fully-fledged theory of art—in many ways the last of its kind.... Earlier this year, I decided to revisit his early broadside against Minimalism just as MoMA opened a major retrospective of Judd’s work, following years of growing cultural attention to Minimalist art and its ubiquitous stepchild, lower-case minimalist design.’’

Read the full article by Lucas Zwirner in The Drift

Artists in the News

At the Museum of Modern Art