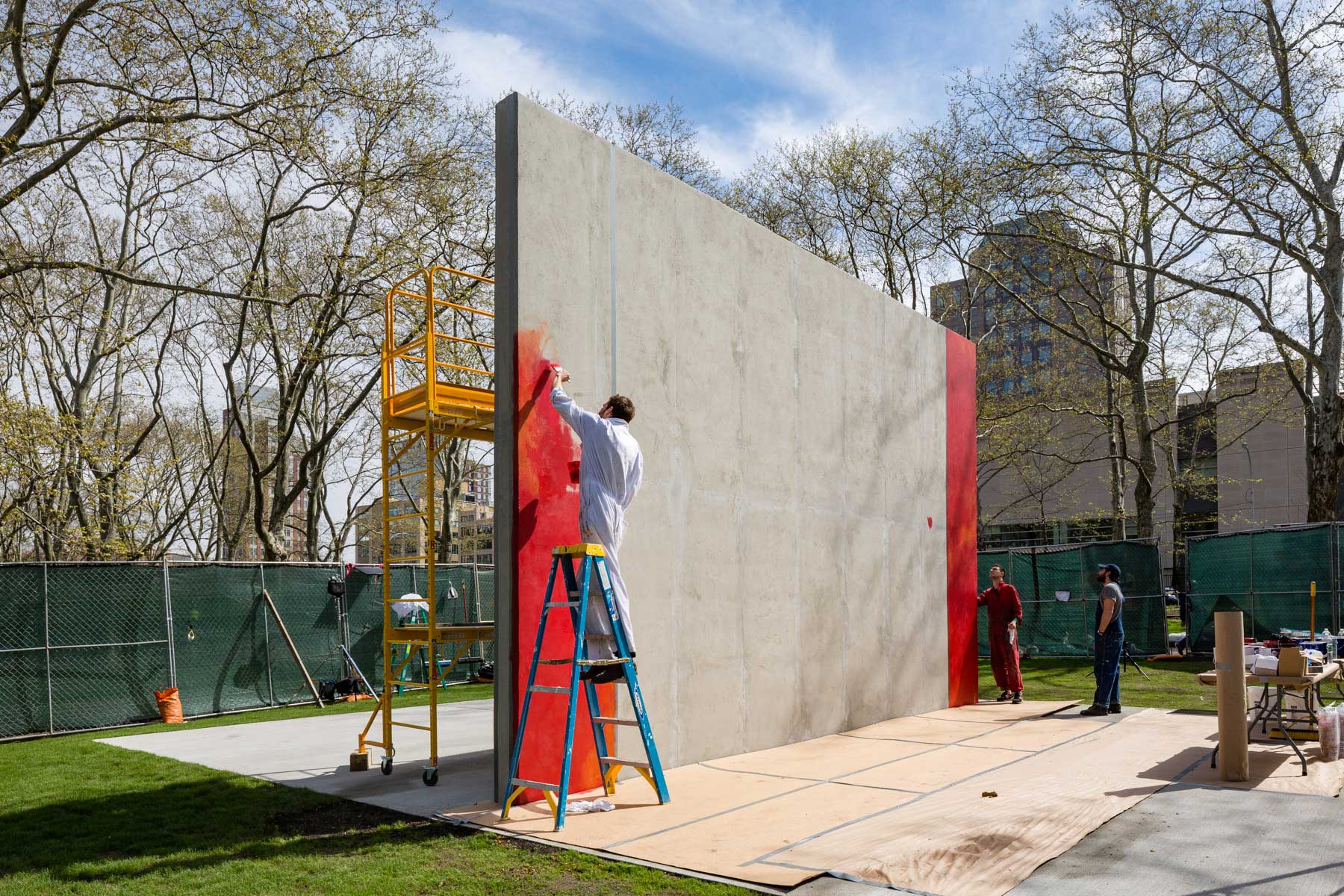 "The most precious ingredient . . . may be Ancart’s voracious desire to see better."

"[Harold] Ancart certainly doesn’t miss the merits of the New York City Department of Parks & Recreation’s painters, nor their illegal counterparts. In fact, he is creating a kind of homage to both parties this April in the form of a mammoth handball court sculpture, backed by the Public Art Fund for Brooklyn’s Cadman Plaza. When discussing the installation’s details, commissioning curator Daniel S. Palmer connects the work to an earlier installation the Public Art Fund erected on Cadman Plaza: David Hammons’s Higher Goals (1986). ‘Like Hammons’s basketball nets, Harold’s sculpture won’t be about the sport of handball but perhaps more about a court as a flexible monument, a space for others to be in dialogue,’ he explains. ‘Of course, I hope that people play, but I also hope they host impromptu concerts, take photographs and picnic.’

Ancart concurs, and even goes as far as to say he’d be happy if someone pissed on it. Vandalism in all its forms is almost proof of concept. ‘The handball court is something invisible, a ghost in this city,’ Ancart says. ‘It’s something where if you don’t want to see it you will never see it, but it’s everywhere. The court is an extension of the playground, so it is by its definition abstract. What makes it useful to me is that it is already framed: two abstract canvases put together to become something functional.’"