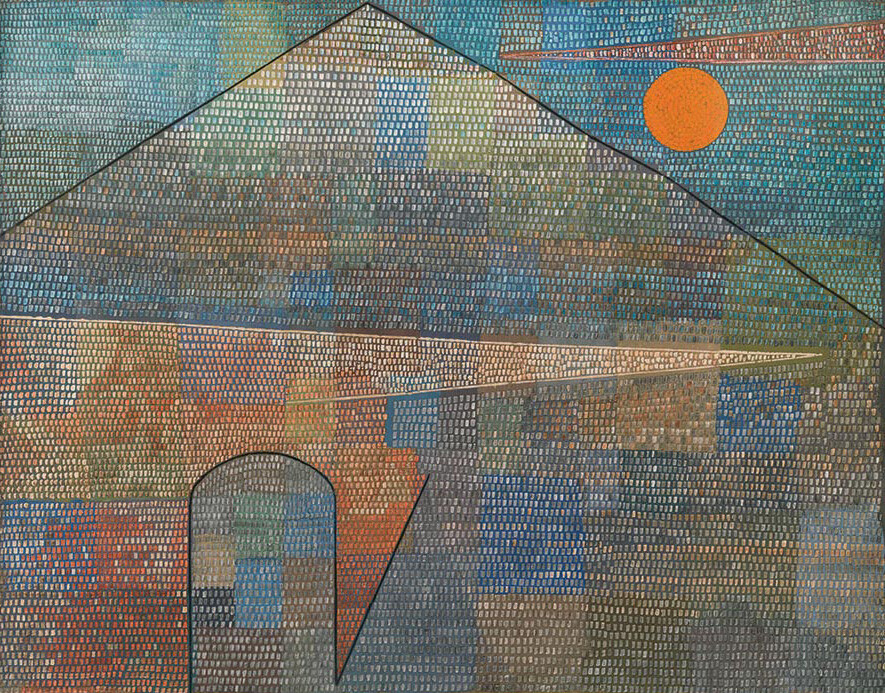 (New York, London & Hong Kong –April 19, 2019) David Zwirner is pleased to announce its exclusive collaboration with the Klee Family. The gallery is planning a solo exhibition of works by Paul Klee entirely from the Klee Family collection for September 2019 in New York. This spring, a one-artist presentation of works by Klee will be the focus of the gallery’s booth at TEFAF, New York.

A pioneering modernist of unrivaled creative output, Paul Klee (1879–1940) counts among the truly defining artists of the twentieth century. An artist, teacher, writer, and thinker, Klee explored and expanded the terrain of avant-garde art through work that ranges from stunning colorist grids to evocative graphical productions.

Klee taught for a decade, from 1921 to 1931, at the Bauhaus, the famed German art and design school, and the novelty of his art and ideas established him as one of the institution’s foremost instructors. He has often been associated with some of the most important art movements of the twentieth century, such as expressionism, cubism, and surrealism, yet his practice remained highly individualistic and distinct; it was never encapsulated by the concerns of a movement or reducible to the modernist binary of abstraction and figuration. Klee’s interests were expansive, and his art reveals a deep engagement with language, music (he was an accomplished violinist), satire, and politics, among others. A quality of radical experimentalism characterizes the artist’s treatment of color and materials—he used collage and a range of painterly media to create works that were not only visually striking but also highly tactile. This spirit persisted in his art during his last years, while he lived in exile in Bern, Switzerland, after the Nazi ascent to power in 1933, a period in the artist’s life that remains underexamined.

David Zwirner will act as the Klee Family’s commercial gallery. In this role, David Zwirner will promote and broaden the legacy of the artist through curated exhibitions at its New York, London, and Hong Kong gallery spaces; the development of new scholarship and publications on the artist’s work; and the sale of artworks consigned to the gallery.

As stated by David Zwirner, "The gallery is honored to collaborate with the Klee Family in advancing the exceptional legacy of Paul Klee, a true icon of twentieth-century art. Klee’s curiosity and artistic sensibility were inexhaustible, and his influence extends far beyond his lifetime. He is the quintessential artist’s artist. Klee’s mature work overlaps directly with some of the brightest and darkest moments of twentieth-century history and art history. During the Weimar Republic and at the Bauhaus, Klee led the way for modernism. During the subsequent Nazi era, he remained a beacon for the avant-garde until his untimely death in 1940. There are many facets to Klee’s art, and we are so excited that we can now embark on this journey to introduce his singular vision to a younger generation."

Aljoscha Klee, the grandson of Paul Klee, states, "The partnership with David Zwirner directs the work by Paul Klee toward a new generation of artists and collectors. Marcel Duchamp once said: ‘He had so much to say, that a Klee never became another Klee.'"

The gallery’s first exhibition of the artist’s work, in September 2019, will coincide with the centennial anniversary of the founding of the Bauhaus. The show will be organized in collaboration with the Klee Family and will focus on the work the artist produced during the last years of his life. It will be on view concurrently with an exhibition at the gallery of works by Anni Albers, who was one of Klee’s students at the Bauhaus and often praised and credited Klee as a significant influence on her art.

Paul Klee was born as a German citizen in Münchenbuchsee near Bern, Switzerland, in 1879. In 1911, he had his first solo exhibition at the Galerie Thannhauser in Munich. In the same year, he met fellow artist Wassily Kandinsky and became acquainted with the expressionist group Der Blaue Reiter (The Blue Rider), exhibiting with them at their second show in 1912. Later that year, after becoming familiar with the art of Pablo Picasso, Georges Braque, and Robert Delaunay during a trip to Paris, Klee began incorporating cubist and other innovative colorist techniques and ideas into his own distinct practice. Two years later, in 1914, Klee traveled to Tunisia with his friends, the artists August Macke and Louis Moilliet, a revelatory experience that the artist credits with further awakening him to color. In 1921, he was appointed to the faculty of the Bauhaus by Walter Gropius, the founder and first director of the school, where he taught and worked as a "form master" from 1921 to 1925, while the school was in Weimar, and as a professor from 1926 to 1931, when the school was located in Dessau.

The renowned gallerist Hans Goltz, a fierce supporter of modern art and Paul Klee’s first general agent from 1919 to 1925, staged a retrospective of Klee’s art in 1920 at his gallery in Munich. Alfred H. Barr, Jr., the first director of The Museum of Modern Art, New York, had become familiar with Klee’s art in the 1920s and presented an exhibition of his work in March of 1930, the institution’s first solo show of a living European artist. In 1935, his work was the subject of major retrospectives at the Kunsthalle Bern and the Kunsthalle Basel. In 1940, shortly before he passed away, Klee had a solo exhibition of new work at the Kunsthaus Zürich.

Important posthumous presentations of Klee’s work include a traveling memorial exhibition in 1941 that toured venues in the United States, including the San Francisco Museum of Art and The Museum of Modern Art, New York. His work has been the subject of major retrospectives and traveling solo exhibitions at institutions including, among others, Tate Gallery, London (1945); Stedelijk Museum, Amsterdam, which traveled to Palais des Beaux-Arts, Brussels (1957); Akademie der Künste, Berlin (1961); Solomon R. Guggenheim Museum, New York (1967 and 1993); Musée National d’Art Moderne, Paris (1969–1970); Seibu Museum, Tokyo (1980); and The Museum of Modern Art, New York, which traveled to the Cleveland Museum of Art and the Kunstmuseum Bern (1987–1988).

Since 2000, numerous exhibitions on Klee have explored various aspects of his art and career. From 2003 to 2004, the Solomon R. Guggenheim Museum, New York, presented Klee and Kandinsky: The Bauhaus Years. An exhibition focusing on Klee’s impact in the United States, Klee and America, was featured at the Neue Galerie, New York, and traveled to The Phillips Collection, Washington, DC, and The Menil Collection, Houston, from 2006 to 2007. Paul Klee: Art in the Making 1883–1940 was shown at the National Museum of Modern Art (MOMAK), Kyoto, and traveled to the National Museum of Modern Art (MOMAT), Tokyo, in 2011. In 2013, Tate Modern, London, presented The EY Exhibition: Paul Klee – Making Visible.

In 1947, the Paul Klee Foundation was established in Bern and housed within the city’s Kunstmuseum. In 2005, the foundation became the Zentrum Paul Klee, an independent institution and research center with a museum building designed by Renzo Piano. Klee’s work is in the permanent collections of countless major museums around the world.