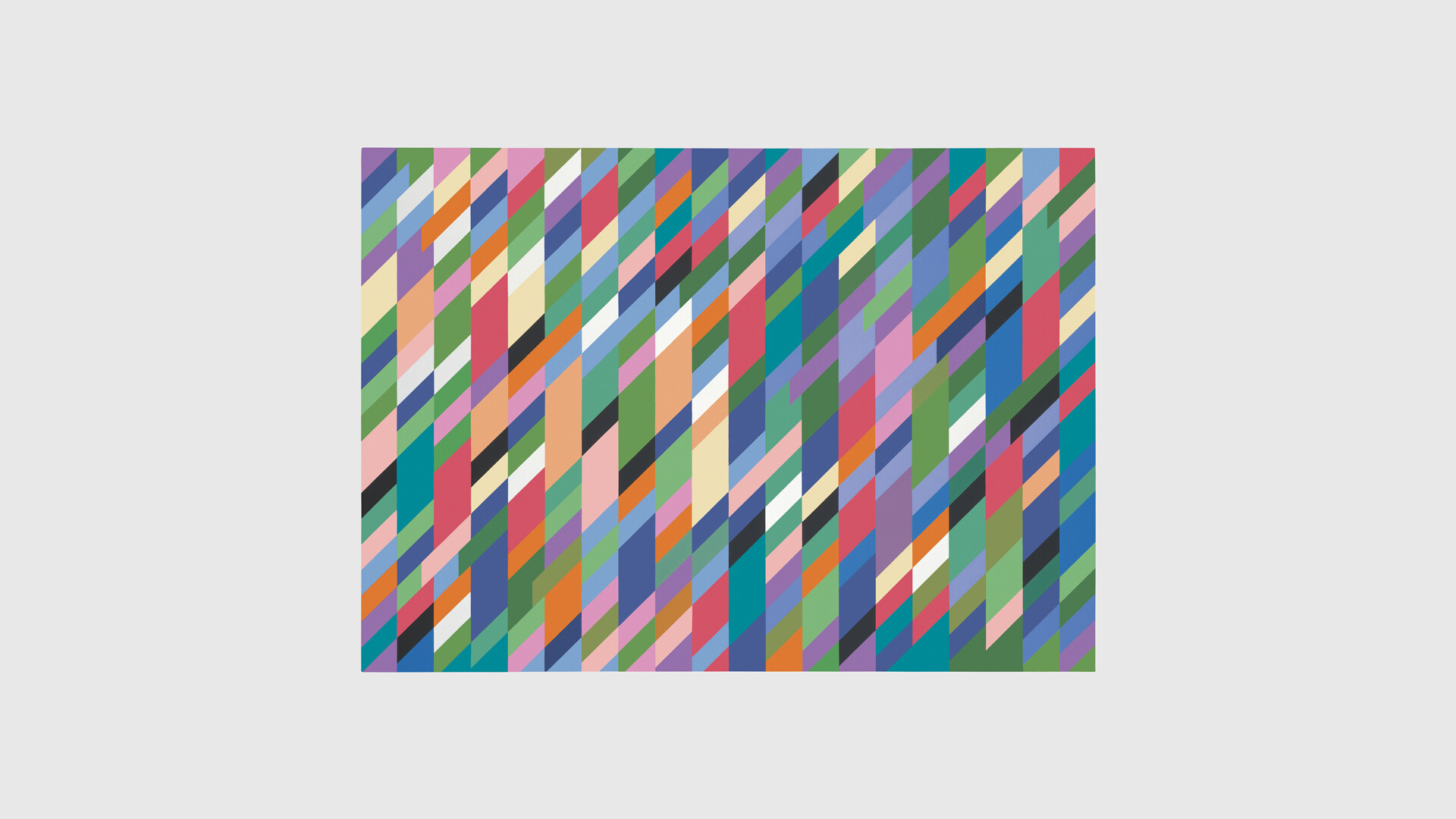 As featured in Bazaar Art magazine, Bridget Riley travels to London's Hayward gallery following its critcally-acclaimed debut at the Scottish National Gallery in Edinburgh earlier this year. This the most comprehensive exhibition of the artist's career to date, presenting more than seventy years of work demonstrating her dedication to the interaction of form and color and its influence on human perception; as Riley wrote in an essay titled "The Pleasures of Sight" in 1984, which is reprinted in the catalogue for this exhibition, "Long before I ever saw a major painting … I had been fortunate enough to discover what ‘looking’ can be—sometimes in a mere glance one can see more than in the close scrutiny of a thousand details.… I discovered that I was painting in order to ‘make visible.’"

The selection of works on view places particular emphasis on the beginnings of Riley’s practice through early works on paper—many of which have never been shown publicly before. Highlights among some fifty paintings being presented will be Pink Landscape (1960), attesting to Riley’s long-standing engagement with the work of Georges Seurat—who, as she wrote in 1992, "looks into perception … by holding up a sort of mirror." Riley’s interaction with Seurat’s work dates back to her early training as an artist, when she copied Seurat’s Bathers at Asnières (1884) at The National Gallery in London. Other important works from the 1960s include her first abstract paintings, Kiss and Movement in Squares (both 1961). Late Morning (1967–1968) and Rise 1 (1968) are pivotal works that were first shown at the Venice Biennale in 1968, where Riley became the first contemporary British painter to win the International Prize for painting.

Riley’s investigation of color is traced in this show through early examples of her stripe paintings and "curve" paintings of the 1970s like Persephone 2 (1970), Aubade (1975), and Clepsydra (1976). Later works such as Ra (1981) mark her return to striped compositions using what the artist has called her "Egyptian" palette of blue, red, yellow, green, black, and white, which was inspired by a visit to Egypt in 1980. These colors are also used in a mural titled Royal Liverpool University Hospital, 1983, as wall painting, Bolt of Colour, 2017, currently on view at the Chinati Foundation in Marfa, Texas. The most recent works in the Scottish National Gallery show include the black and white painting Cascando (2015) and examples from Measure for Measure, a recent series of disc paintings, both of which featured in Riley’s solo exhibition at David Zwirner in London last year. Colored discs are also used in a wall painting titled Messengers that went on view at The National Gallery in London in January 2019.

The London exhibition features Intervals 2 (2019), a new wall painting made specifically for the Hayward Gallery. The exhibitions are accompanied by a major new publication that includes new and archival texts by writers such as Robert Kudielka, who has written extensively on Riley’s work, and David Sylvester, whose review of the artist’s first solo exhibition (at Gallery One in London in 1962) is reprinted in the book. Noting "an unusually good first one-man show," Sylvester describes an element in Riley’s work that is "not only imaginative in conception but has the sort of rightness in its placing that a good actor has in his timing—it seems at once unexpected and inevitable."