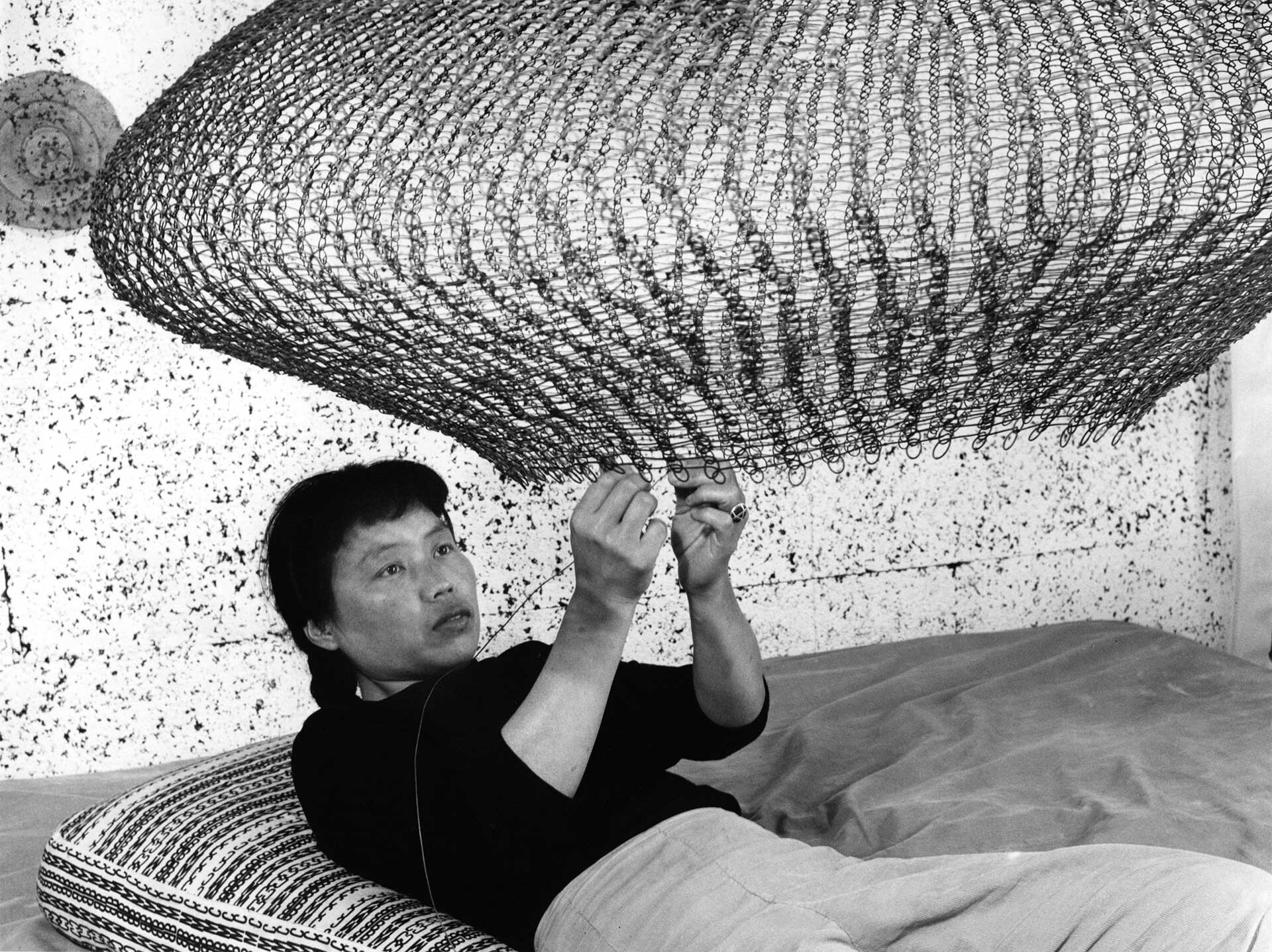 Ruth Asawa in "Masters of Modern Design: The Art of the Japanese American Experience"

Ruth Asawa is featured in "Masters of Modern Design: The Art of the Japanese American Experience," a new documentary celebrating the contributions of Japanese American artists to postwar American art and design. This is the first episode of the tenth season of Artbound, broadcast on the KCET and PBS SoCal in Southern California and streaming online at kcet.org/artbound. Asawa’s life and work is explored alongside those of other important Japanese Americans including George Nakashima and Isamu Noguchi.

Narrated by curators, Asawa’s children, biographer Marilyn Chase, gallery director Jonathan Laib, with footage of the artist herself, the film illuminates in particular Asawa’s experience as a young Japanese American woman and as a student at Black Mountain College in the late 1940s, where she was taught by Josef Albers, among others, and found her footing as an artist.

"She had the kind of energy that you really only see in immigrant children; it’s this relentless kind of labor that doesn’t stop," Asawa’s daughter Addie Lanier notes. After she was prevented from practicing teaching, “She had no longer any barriers between her desire to pursue her lifelong dream of becoming a working artist," says Chase, whose biography of Asawa is slated to be published next year.

At David Zwirner
Ruth Asawa: A Line Can Go Anywhere