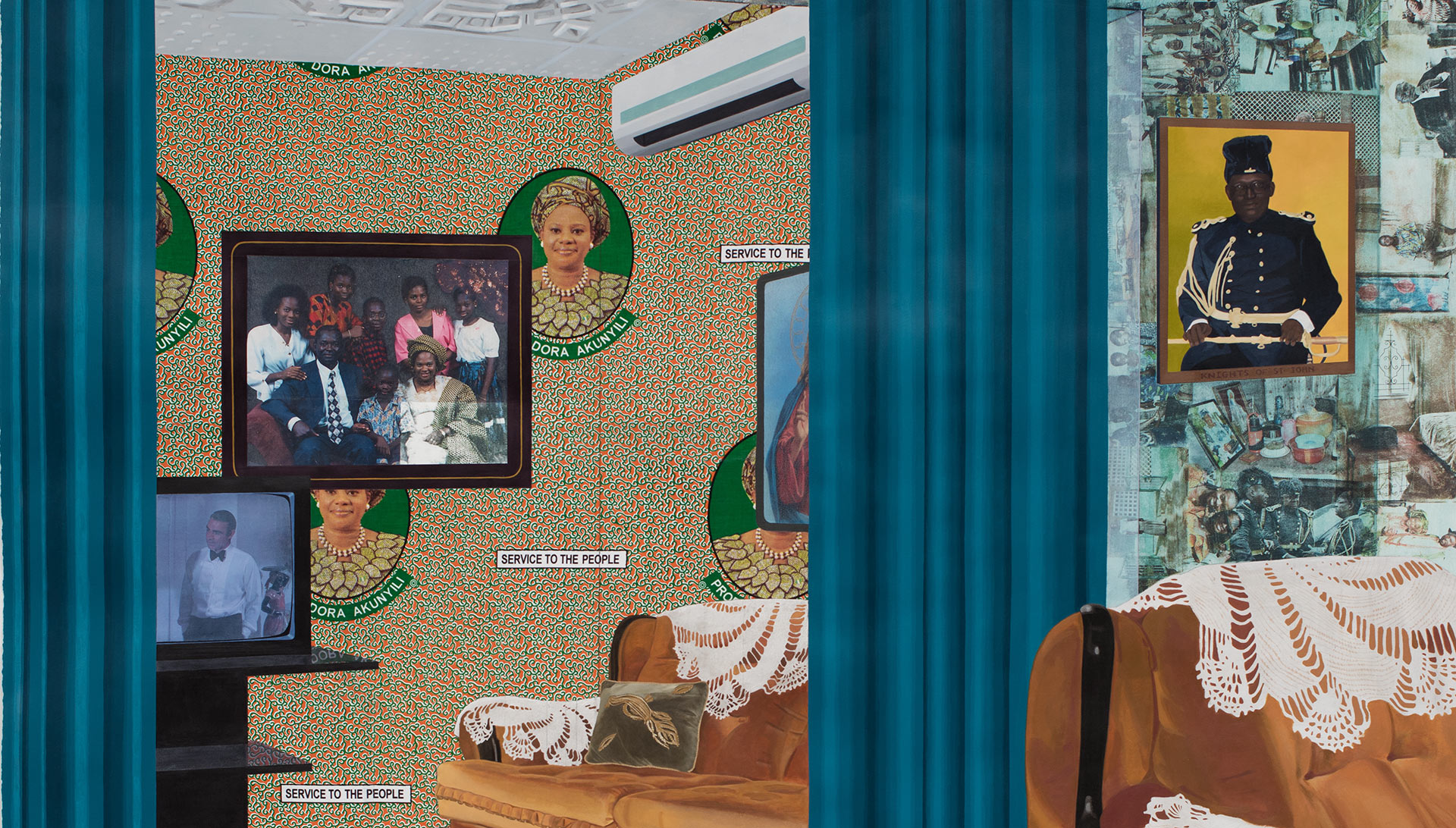 November 2019 will see the opening of Interiorities: Leonor Antunes, Njideka Akunyili Crosby, Henrike Naumann, Adriana Varejão at Haus der Kunst in Munich. Curated by Anna Schneider, the exhibition focuses on transnational identities that are at once fragmented and complex. In treating "interior painting" as a discursive space, the featured artists explore the imagination, as well as the interior as a real setting, a private retreat or shelter, or a site from which to address the socio-political context.

In 2020, Akunyili Crosby’s work will be shown in the third of a trilogy of solo exhibitions curated by Pulitzer Prize–winning author and critic Hilton Als at the Yale Center for British Art. Als, who included Akunyili Crosby in the 2015 group exhibition forces in nature, is drawn to her engagement with commerce, globalization, and fashion through the papering of bodies and scenes with printed imagery. "Under the layers of information," Als wrote in the accompanying publication, "human forms pulsate gracefully and gratefully with life and an understanding of how it’s lived in the modern, and in Akunyili Crosby’s intensely imagined, universe."

A timeline of his enduring appeal to artists

Yayoi Kusama
Where Else to See Kusama