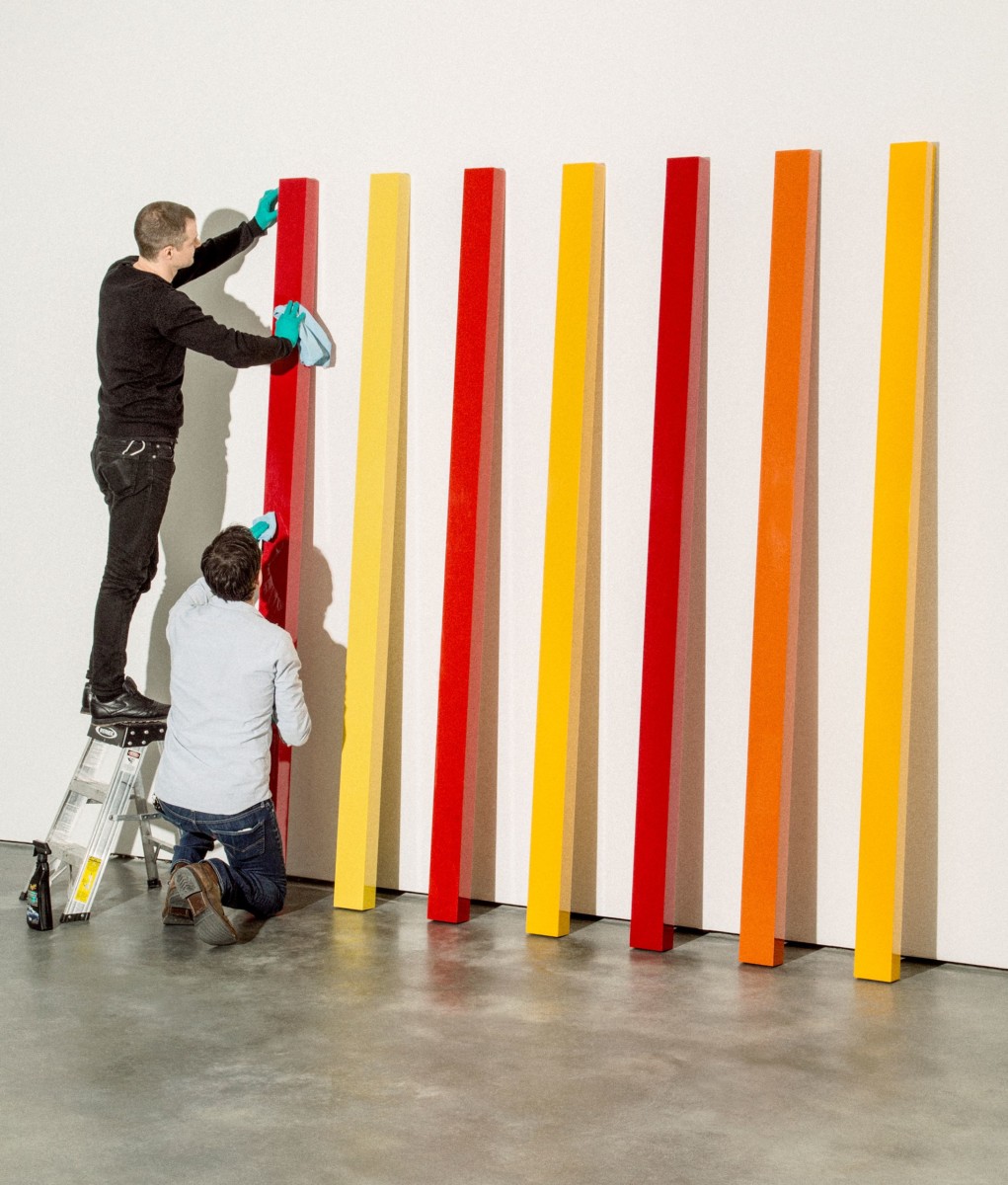 Photo by Eric Helgas for The New Yorker

John McCracken (1934-2011) is considered a Minimalist, but his high-gloss objects (such as "Rhythm," from 2008, pictured mid-installation) eschew the movement's industrial ethos: they look machine-made but were laboriously fashioned by hand. The American artist once described his otherworldly œuvre, which splits the difference between painting and sculpture, as "the kind of work that could have been brought here by a U.F.O." McCracken is the subject of a show at the Zwirner gallery, opening Feb. 24.

More Articles In The News