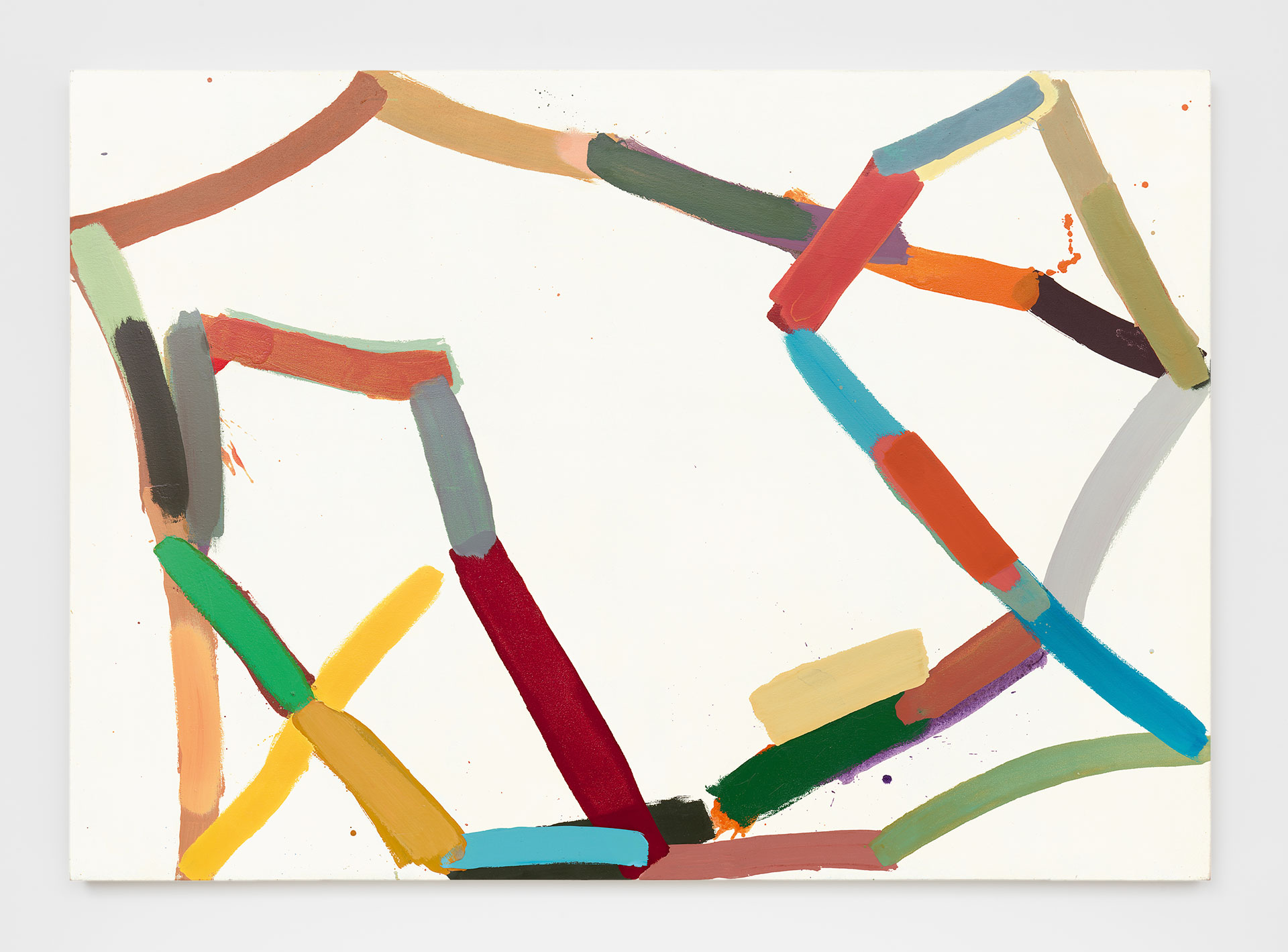 David Zwirner is pleased to present Al Taylor: Early Paintings, the artist's sixth solo exhibition with the gallery. This exhibition offers a rare opportunity to view Taylor's paintings exhibited together for the first time. Featuring a selection of canvases created between 1971 and 1980, the presentation of this relatively unknown body of work reveals a connection with the underlying painterly concerns found in the artist's overall practice and provides a broader understanding of his oeuvre as a whole.

Taylor began his studio practice as a painter and continued to paint on canvas through 1984. Although he is more widely known for the three-dimensional works he started making in 1985, the artist insisted that he was a painter–not a sculptor–and maintained that his constructions did not "come from any sculptural concerns. [They come] from a flatter set of traditions."¹ Throughout his career, whether he worked on canvas, drawings and prints, or sculpture, Taylor's creative process was fundamentally grounded in the formal concerns of painting.

The works included in Al Taylor: Early Paintings were executed during a time when the medium itself was hotly contested. With the rise of Minimal and Conceptual practices, at the outset of the 1970s painting was relegated to merely a means of radical reduction or, alternatively, an antiquated mode of figurative expression. Young painters like Taylor, along with his contemporaries–including his close friends Stanley Whitney, Brice Marden, and Harriet Korman–had to work through not only these daunting developments, but also the ever-present legacy of the recent past, specifically Abstract Expressionism, Pop art, and Color Field painting. Taylor's paintings unite abstract compositions with narrative undertones implied by the juxtaposition of formal elements. While they subtly embody reduction and restraint, these works resist stasis with their hints of idiosyncratic playfulness. Borrowing from disparate movements and styles, the artist’s carefully composed paintings do not fit within any one category, but rather manifest a productive tension between flatness and depth, as well as figuration and abstraction that is wholly his own.

In Taylor's earliest canvases, spare motifs are utilized to demarcate space, prefiguring the perspectival shifts and abstraction of vision that would come to characterize much of his later three-dimensional work. In Untitled (1971), an unbroken line of multi-colored links dances and bounds across the surface of the canvas, never allowing viewers to orient themselves within the composition and defying the emphasis on flatness adhered to by preceding painting movements. The palette and linear configuration of this early painting seem to anticipate Taylor's colorful broomstick sculptures, such as Untitled (Pick-Up) #2 (1990), which often appear to vacillate between three and two dimensions.

As early as 1975, Taylor began a series of paintings consisting of multiple, differently sized panels joined together to create proportional compositions that incorporate the blank space occupied by the wall. In unpublished notes from 1978, the artist described this period of transition in his work as "a new phase" in his paintings, "in which the outside parameter of the canvas is as important as the inside parameter; in the new work, canvas support versus wall support are merged and carry equal considerations." Unlike other artists who worked with shaped canvases in those years as a means of emphasizing the object-like quality of painting, Taylor's intention was to underscore the way in which the unity of formal elements, proportional relationships, and visual interplay could engage with intuitive, sometimes even poetic, meaning. For example, in Marriage (1975), the artist sets up a series of visual rhymes using a deceptively simple connecting structure. By pairing two mismatched, rectangular linen panels–a taller, wider one to the left of a shorter, narrower one on the right–and by only painting sections of the raw linen with proportionately different sized bands of white paint that cut across the center of each panel and yet meet at their joined middle, the artist sets up myriad associations for the viewer.

In later works from 1979 and 1980, Taylor focused more intently on bold color juxtapositions and playful imagery to delineate space and activate the canvas. Both painterly and sculptural, these works possess a fluid rhythm that opens up multiple perspectives. In Mendoza (1980), several hues of brilliant blue are interrupted by whimsical forms painted in vibrant yellow, green, and–most prominently–white that, in combination, evoke an illusion of depth. As John Yau notes in the catalogue published on the occasion of this exhibition, "Uninterested in narrowing his options, he remained engrossed by the relationship between the visual and the visceral, paint and object, the literal and the imagined….By pushing back against the literal, and the minimalist mode of critical thinking then in favor, Taylor quietly and confidently announced that he was interested in creating a space for himself. He made a space in which things fit and don't fit together."

A fully illustrated catalogue will be available from David Zwirner Books, featuring a broad selection of Taylor's early paintings and including new scholarship on the artist by poet and art critic John Yau; as well as an oral history conversation conducted by Mimi Thompson between artists Stanley Whitney and Billy Sullivan–all of whom knew Taylor well during his lifetime.